Twelve Monkeys Salts are here! Now you can get your favourite Twelve Monkeys flavour Harambae in a 10ml bottle of 10mg and 20mg/ml Salt Nicotine E-Liquid.

Harambae is part of the Monkey Mix Series from Twelve Monkeys which is a citrus mix of grapefruit, lime, blood orange, lemon with undertones of exotic guava. Harambae was created to keep the memory of Harambe the Gorilla that was killed at Cincinnati Zoo. A fitting e-liquid tribute for a truly inspirational animal.

Twelve Monkeys not only has a unique name, but they also have some of the most unique e-liquids. A Canadian company most known for their award-winning flavour: Kanzi. 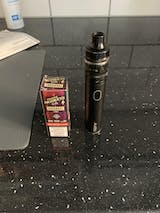 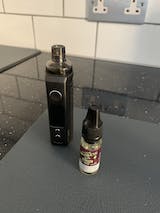 The nic salt version does not dissapoint. Still one of the best fruity flavours.

I used to vape the 50 ml version, and this one does not let down. Nice tropical mix